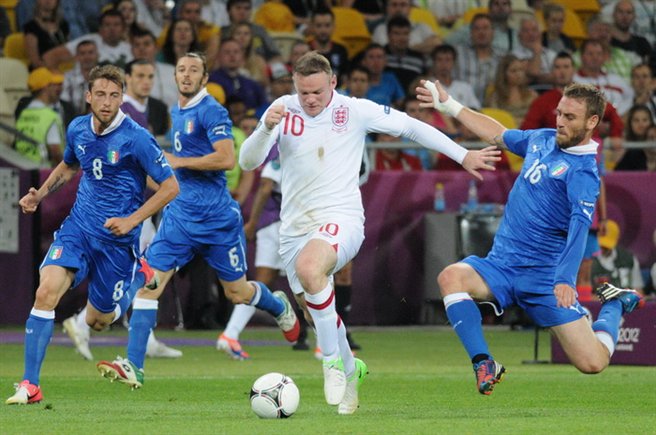 Wayne Rooney is the last of the golden generation, and has just become England’s all-time leading goal scorer. However there still seems to be an air of disappointment with the team he progressed with. Here is an in depth look at what went wrong and how it went wrong from start to finish.

We have to go back two decades to where it all began, the 90’s for England were possibly the second best decade after the 1966 success. In the decade before the new millennium we had people like Gazza, Peirce, Adams, Lineker. We also had people like Graham Taylor.

Anyway, we’ll start at Terry Venables and Euro 96. The England team were under unbelievable pressure as they hadn’t qualified for the 1994 World Cup. In 1996 however under the leadership of Venables the team reached the semi-final stage a great success. Venables wasn’t in the job for long though and resigned after investigations into financial mismanagement. His successor was Glenn Hoddle a man that was looked up on as one of the better England players though the dark days of the 80s. England played some fantastic football under Hoddle as he brought a new style of play to the team. They went into France 98 with some confidence, but the team were knocked out at the second round following a defeat to Argentina on penalties and Beckham’s red card.

Hoddle left the national side due to none footballing reasons and England were on the lookout for a new manager. Kevin Keegan popped up as a potential leader from the touchline and although he hadn’t had the best England career there’s no doubt he could manage. He’d been in difficult situations when manager of Newcastle and he knew how football worked. Keegan’s tenure wasn’t an overall success though and the Euro 2000 showing was abysmal.

Keegan resigned after the last game at the old Wembley was played. Germany won the game 1-0, Keegan immediately resigned from the manager position in the shower of the England dressing room. It was a sad day for English football.

After the disappointment of Keegan it was Sven Goran Eriksson that took over the national team. He was the first foreign manager to manage England. The Golden generation was starting to come together, Beckham, Gerrard, Scholes, Lampard, Owen were all installed in the side either through Keegan’s reign or Hoddle’s.

One of Eriksson’s earliest matches was the extraordinary 5-1 win over Germany in Munich. A hat-trick by Michael Owen and goals from Gerrard and Heskey meant it was one of the biggest results ever recorded against the Germans. Was this the start of England’s rise to fame and success?

The next few matches after the Germany triumph were good, although England did struggle in those games and didn’t play very well. The Germany win could be looked up on as a one off, a fluke but that simply wasn’t true there were some great players in that team.

Eriksson’s first tournament would be the 2002 FIFA World Cup, a competition that many tipped France, Germany and Brazil to do well in. England were expected to do ok but nothing special and most of the journalists agreed that it was a big tournament too soon for some of the players.

England reached the quarter-final stage of the World Cup, something that most people were not surprised about, but they were up against a good Brazil team. It wasn’t the best Brazil team but it was an ok team. England could have won against the Brazilians but David Seaman let an unreal goal in from Ronaldinho who curled a free kick over Seaman’s head, a free kick that the keeper should have saved.

The 2002 World Cup would have stood that England team in good stead for tournaments to come, and although it was a disappointment to go out – It wasn’t the right time for that particular team to shine. Brazil eventually won the world cup in South Korea and Japan, with Germany as the runners up.

There were more testing times for both team, and manager to come.

In the next part of the Golden Generation – ‘A False Hope for England’ – I take a look at the rest of Eriksson’s reign, and how we became a disaster under Steve McClaren.