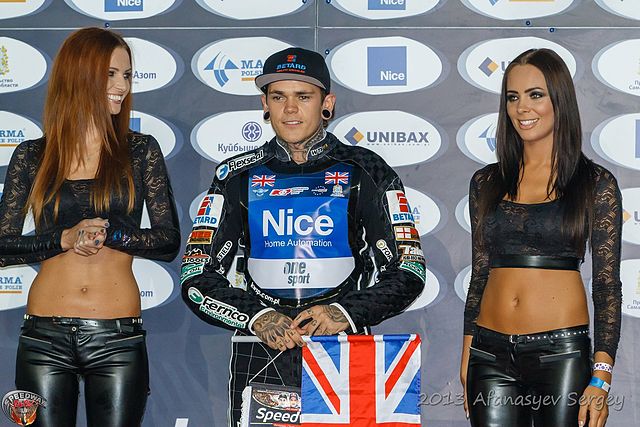 Team Great Britain star Tai Woffinden is back on top of the world after securing his second FIM Speedway World Championship title at the Marian Rose Motoarena in Torun, Poland on Saturday night.

25-year-old Woffinden now has an unassailable lead going into the final round of the season, the DON Smallgoods Australian FIM Speedway Grand Prix, at Melbourne’s Etihad Stadium on October 24, where he will also be presented with the World Championship trophy.

The 2015 Championship is Woffinden’s second world title in three seasons and the Scunthorpe-born racer becomes only the third Brit to win speedway’s biggest prize twice, following in the footsteps of both Freddie Williams and Peter Craven.

He also joins Swedish legend Tony Rickardsson, Aussie star Jason Crump, Danish racer Nicki Pedersen and American icon Greg Hancock in the elite band of riders who have won multiple titles since the World Championship series was established in 1995 and is the 16th multi-time world champion in speedway history.